Generation Growers, Inc. is owned by the van Klaveren family. Horticulture has been a family vocation tracing back five generations – they have chlorophyll in their veins!

Our founder, Abe, grew up on a family nursery in the Netherlands, named “van Klaveren Brothers”. In 1949 he decided to head to America to seek new opportunities, leaving a Europe that was financially depressed from World War II.  By 1953, he married Elizabeth (Weststeyn) and headed up to Bothell, WA to work for Malmo’s Nursery and to get started on saving up for his own nursery.  In 1954 a 1 ½ acre parcel in Campbell, CA came up for sale and he was able to move his family back to California. He had gardening jobs during the day and made cuttings and sewed seed at night to start building the inventory. Van’s Nursery was open as a full time nursery in 1956! Abe was a one-man show – sales person, deliveryman, propagator, production crew, and CEO.

By 1976 the business and family (now having four children) had outgrown the Campbell, CA location. Abe was able to find 7 acres of land in Modesto, CA where he built a home and moved the nursery. The family prospered here – being able to continue to service their Bay Area customers while gaining new clients in the San Joaquin Valley and foothills.

As the children grew up they were able to find their place in the world. Robert (3rd in birth order) joined the nursery full time in 1988 and then Roger (the youngest) came into the nursery in 1992. They both had areas of expertise in the horticulture industry yet you could tell that they were raised with the plants, understanding the business from seed to store.

In 1997, Roger and his wife, Deanna, were able to purchase the adjoining property in Modesto. This expanded the growing grounds to 10 acres in production. That same year, Robert and his wife, Anneke, moved up to Brooks, OR to open up a new growing facility. Once both locations were established, the locations were split into two businesses. So in 2007, the original namesake was placed on the Oregon location and Generation Growers, Inc. was born at the California establishment.

Roger and Deanna are enjoying the opportunity to take Generation Growers, Inc. to the 6th generation. They are raising their children, Abby and Micah, on the property where the whole family gets to participate in the daily nursery activities.

So as they look forward, the family feels fortunate to work in an industry that “we love, doing what we truly enjoy – growing quality plants for retail garden centers!” 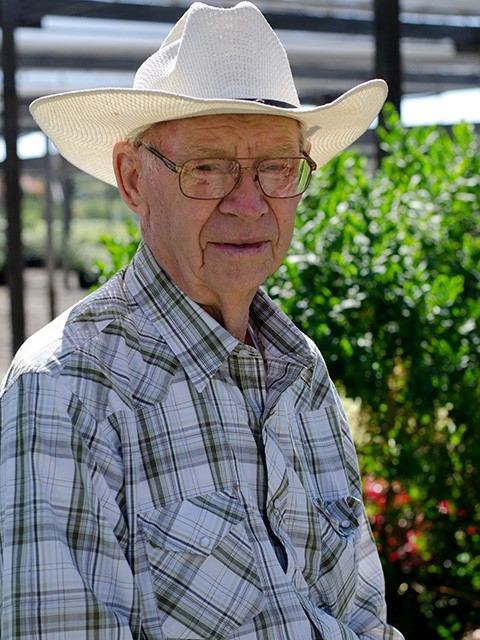 Abe had been pursuing horticultural opportunities since the day he was born. In 1949, he came to the United States from Hazerswoude-dorp, Netherlands where his family had a nursery.  Abe landed in Ripon, CA where he met Elizabeth Weststeyn. They were married in 1953 and moved north to Bothell, WA where he worked for Malmo’s Nursery and had a small piece of land where he grew field grown azaleas. In 1954 there was an opportunity to purchase land in Campbell, CA so they moved, Abe, Elizabeth, daughter Corrine, with Margaret on the way. Taking care of gardening jobs during the day, he would work evenings to build up his inventory.  Van’s Nursery officially opened in 1956, servicing the Bay Area. In 1976, the operation moved to Modesto, CA. Abe built a home and nursery for his wife and now four children.

Abe was always active in the nursery helping pot and working in the propagation room. He enjoyed traveling, concerts, and garden tours, as well as supporting his church and the Salvation Army.  Abe passed August 2014. 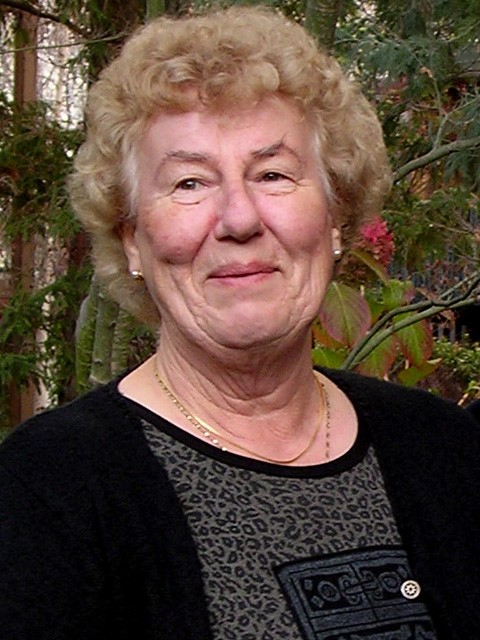 Elizabeth was a hard worker since the moment she was born. The middle child of thirteen siblings, she wore hand-me-down clothes while having responsibilities of caring for the younger siblings.  She was raised on a farm outside of Rotterdam, Netherlands. The Weststeyn’s left the Netherlands when she was 13 years old to move to California where they could get land and a home to support their large family. Elizabeth married Abe van Klaveren in 1953. When they started the nursery in Campbell, CA she not only kept up with domestic and motherly duties but she also helped with watering and any support she could give the nursery from dipping metal cans to potting to weeding.

Once her children were grown, Elizabeth went to the California State University, Stanislaus and received her B.A. in Education as well as a multi-subject teaching credential. She shared her love of education through Sunday school programs, vacation bible school, and with her grandchildren.

As the family matured, the staff and visitors at the nursery will remember her as the one who provided cookies and coffee and 10am and 3pm every day. Elizabeth also kept the nursery spotless – cleaning the driveways, pruning hedges, and keeping the roadway and gardens weed free.

Abe’s wife of 58 years, passed in November of 2011. Being entwined with the family and business can be difficult but with Elizabeth’s support both have prospered.